This three story 43,000 square foot building on the corner of 7th Ave and 34th Street was a complex mix of components: a subway entrance, large scale outdoor signage structure and structure for a future 23 story building, all on an incredibly tight construction timeframe. The team demolished three existing buildings and excavated 10 feet of rock to create a full height selling floor, lowering the basement slab to increase the ceiling height from 8 feet to 18 feet, while stabilizing the neighboring buildings as well as the adjacent MTA 1,2 and 3 subway line. 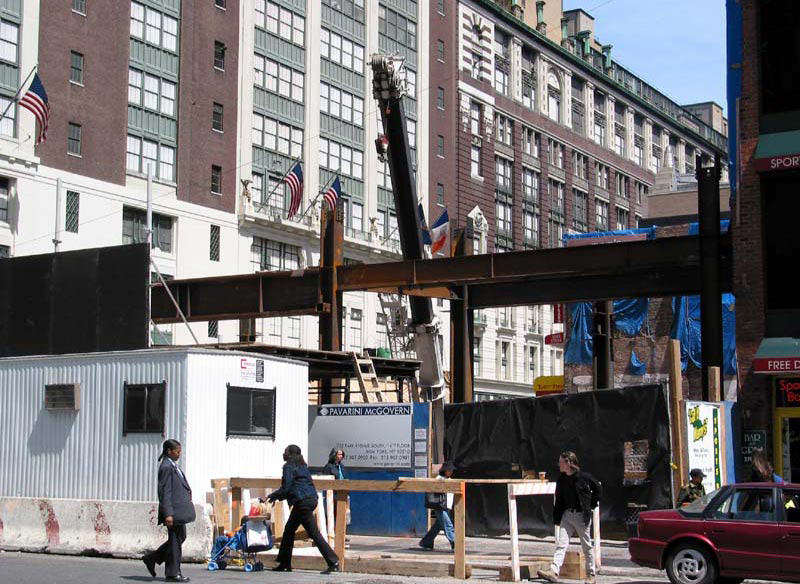 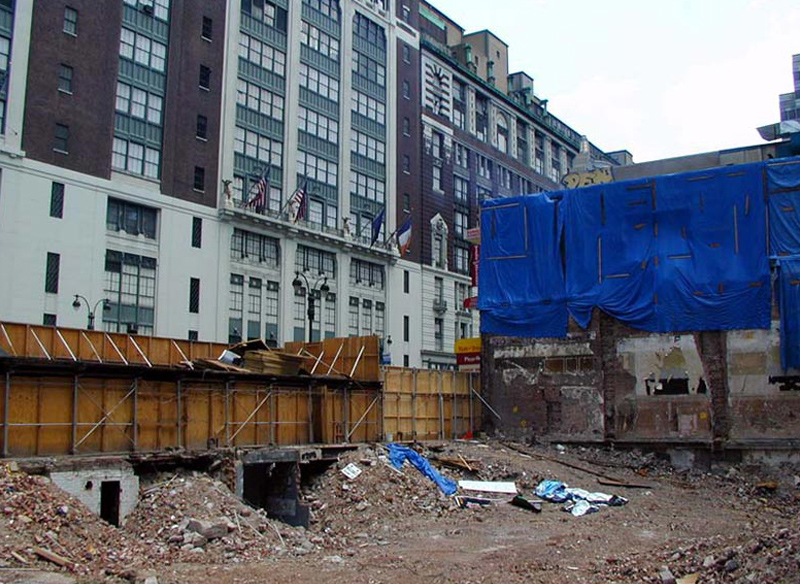 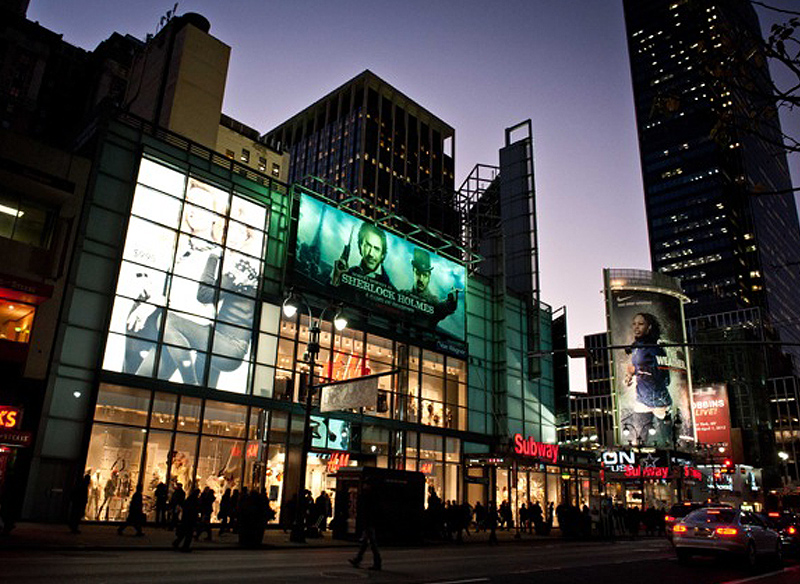 During construction, Tobin discovered a Con Edison vault under the sidewalk, and was able to enter into an agreement with Con Edison to rent the space for a token sum. This discovery and negotiation created 2,250 square feet of additional rental space, generating $4.5 million of value over the life of the lease.

The building stands at an important retail crossroads of New York City. Tobin led the design and execution of large scale outdoor advertising signage which fits the architectural design of the building and adds to its appeal. The signage generates significant additional revenue to Vornado. The design and placement of the signs enables Vornado to achieve an ongoing premium rent from the advertising market.

Tobin was also able to negotiate a new subway with the MTA on 34th Street. She did this by demonstrating that the majority of users entering this stairs came from the east, and that the new stair location would improve the MTA's level of service (LOS) by shortening their path. By using irrefutable facts Tobin was able to win over the MTA and increase the commercial value of the storefront corner.

Tobin negotiated an agreement to have the 34th Street BID build a new and improved newsstand on the curb off the corner, freeing up pedestrian traffic flow and the sight lines to the new retail building.

The building was originally designed to be a 23 story office tower, but economic conditions necessitated a change in plans mid stream. Tobin included bigger steel, a sturdier foundation, and pits deep enough for future office elevators in the event that additional office floors are built. The retail rents were rich enough to justify the additional $500,000 cost, and the future office building can be built at a significant discount as a result.

The zoning code dictated a loading dock be included, which would have hurt the rental potential and likely made the project infeasible. Tobin used her knowledge of DOT operations to enable DOB to grant a variance which released the project from this requirement, significantly increasing the value of the property.